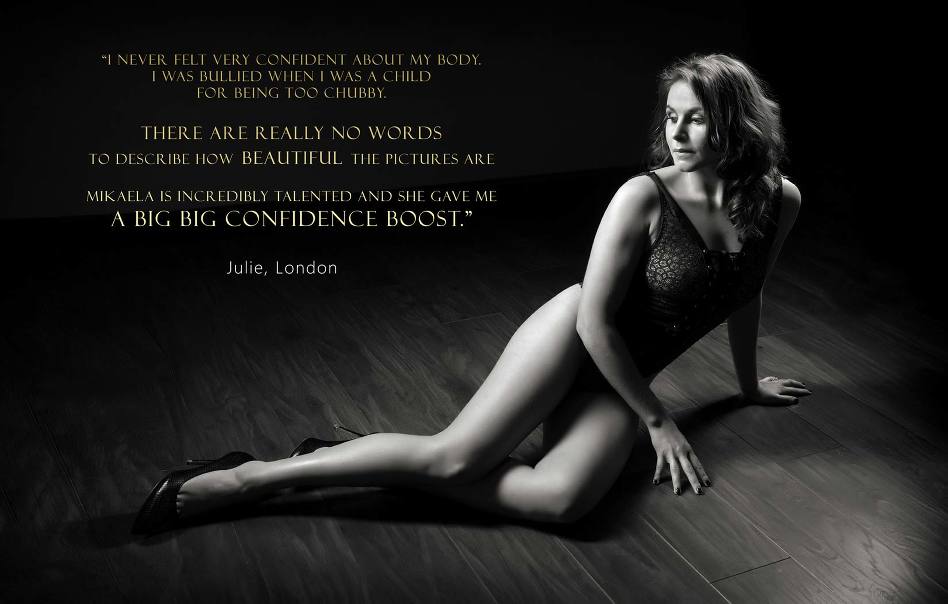 Boudoir photography reviews by my clients of all ages, shapes and sizes sharing their stories. I hope this helps you to see that any nerves and hesitations you might have were also experienced by these women before they made the decision to have a boudoir photography session with me. They took the plunge  and never looked back. Whether their reasons to have a photo shoot were to present an amazing gift for the groom / partner or to give themselves a huge boost in body confidence and self-image.

« Boudoir Shoot with JacquiBoudoir shoot with Chantal in Berkhamsted »